8 Lessons on the journey to publication

Ever heard of the four stages of competence?

In the world of Wikipedia it goes like this:


Me starting the journey to publication: unconscious incompetence, for defs.

In all fairness, that lasted maybe 30 minutes before I progressed to recognising my own incompetence. I've spent years learning to write - a constant journey of improvement - and suddenly, come around July, I realised it's probably going to take about the same number of year to wrap my head around the publishing industry and the subtleties of submitting a query. Like maybe, thirty years.

So, for the benefit of people in the same state of cluelessness, here's what I had discovered on my journey so far: 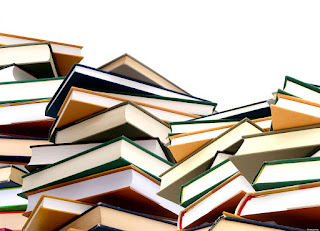 I love Snake Women and Here's Why


In ancient Egypt, the goddess Wadjet who spat fire at the Pharoah's enemies was depicted as a cobra or cobra-headed woman. In India and across South Asia, the Naga are worshipped and their serpent princesses celebrated - married into ruling famlies. In Korea, Eobshin, the wealth goddess, appears as a snake.

I made a promise to my daughter that I'd write a book for her. She's had a good deal of input. She's even come up with the title: A Splash of Colour. 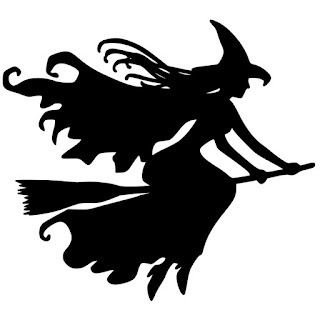 Having a nine year old and loving kids books generally, I've read quite a bit of middle grade and YA fiction. I love it as a genre--MG books are often adventurous, ingenious and action-packed. I like their immediacy, and so I was kind of up for giving it a go and this is what I came up with:

Soul Mates is a Finalist!

This is the second time I've been a finalist for the Linda Howard Award - the first was with Boundless as the Sea.

I'm thrilled that this caps what has been a super productive summer so far...

3 ways to build a fantasy world: language and characterisation 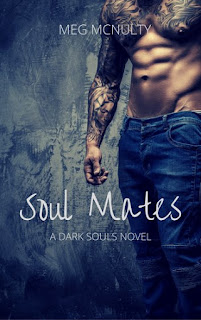 In Soul Mates, my lead male protagnist, Kian Darksoul comes from another realm (Tir na nOg), though he has lived in the mortal world for decades. Developing a character forged in another world, but familiar with the contemporary presents some unique challenges. How do I capture Kian's otherness without making the book clunky? How do I capture his otherness?

1) His cultural touch-stones are different: when revising, I've needed to edit out contemporary references. It's not that Kian doesn't know what a neon light is - he does. He's lived here for years, after all. But when he sees another character glowing, a neon light is not his cultural touch-stone. He thinks of fire swamps or dragons or some such. References to his own world shape his dialogue and his interior monologue. It means when I'm in Kian's point of view, I'm responding in a way that's true to him.

What category is my romance? 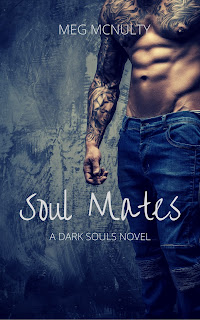 This month  I finally completed my novel. This started life as Lord of Shadows morphed into Dark Souls and now has the working title Soul Mates.

Edited by the fantastic Miranda Kate and with some AMAZING feedback by incredibly generous RWA judges (I really find RWA contests worthwhile), redrafted, edited again (and again), my novel is finally there.

Time to slap a synopsis down and get querying.

This presents me with three challenges:

1) I've now written four complete novels and I've never yet queried. Because I always want to do one more draft and make it that bit better.  Apart from browsing the phenomenal Query Shark, my experience of querying is a big fat zero.

2) I hate writing synopses. And I'm not great at it. That's another area of writing I need to practice.

3) Categories. How the devil do I describe my opus?

Illegitimate Theatre and Theatre Slang from the 1800s

I'm revisiting a previous work, Merely Players which I originally completed back in 2011. I was thrilled to find that it's in pretty good shape - or at least the last two thirds are. The first third is a bit of a cringe a minute, but with the clarity brought by the passage of *gulp* five years, I think I can see exactly where it needs to be fixed.

Excellent. Merely Players is set in 1814 London, in the world of non-patent illegitimate theatres. Thanks to the 1737 licensing act, theatres required a patent from the Lord Chancellor in order to perform serious, spoken word drama--in particular, Shakespeare. The purpose of this was, of course, to censor what went on stage.

The creative arts being, well, creative, actors and theatre managers soon found a loophole and non-patent or illegitimate theatres sprang up in all the major cities in England. These were commercial outfits putting on non-serious productions which included a strong musical element - comedy, pantomime and melodrama.

My two protagonists are both writers. One, a dramatist who has lost his writing mojo, the other a pamphleteer who has to hide her light under a bushel. As soon as they meet, creative sparks fly and the two end up partnering on a production... until it all goes wrong of course.

Read more »
Posted by Meg McNulty No comments: Links to this post

My friend Laura , a wonderfully talented photographer, has been working on a new collection. She calls it Serpents. I've been drinking it in, letting it soak into my imagination. To me, the images are wild, intimate and distant, a little painful. Things are close but shimmering just beyond reach. There are monsters lurking in the mist. There is longing hidden in the waves. And there are tears smeared across the lens and tumult fading into soft, grey calm.
The images make me think of selkies and the conflict inherent in motherhood. Selkies were mythical creatures who resembled seals when they were in the water but shed their skins on land to take on the appearance of a beautiful human. If a man could find a selkie woman's skin she would be forced to become his wife, and bear his children. But she would never lose her longing for the sea and if she found her skin, she would return leaving her human family behind.
This is just one response to those images... more to follow.

The Selkie
Dread woke him. He lay stiff under his scratchy, eyes tight shut. If he didn’t open his eyes, he could pretend the black Things on the ceiling weren’t there. Wriggling, writhing, moving shadow things. Reaching for him.
Not there. You’re not there.