Storytelling for Kids - A Guide to Plot 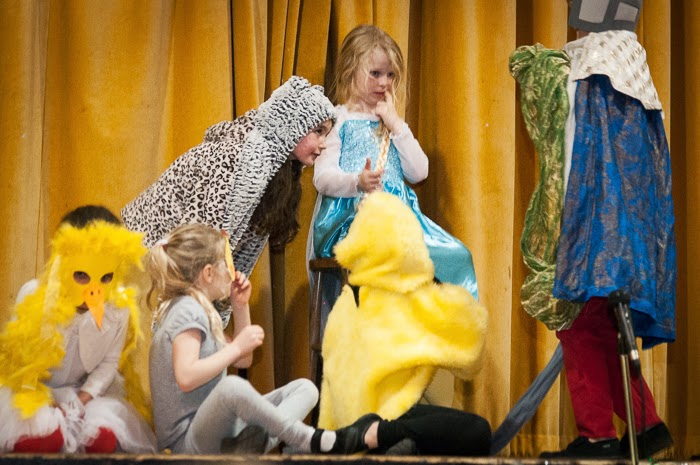 My daughter is a drama queen. Literally.

She's been part of  a drama group since she was four years old, acing parts like Grumpy in Snow White, Mrs Twit in The Twits and the eponymous Rafunzel. Her drama teacher joked that she'd be directing them herself soon. As it turns out, she's not far wrong. At seven, writing plays is her latest thing.

When I say writing plays, it mostly comprises writing out lists of "caricters" (sic), drawing colourful and elaborate costumes and recruiting her mates into a secret drama society and assigning them parts. Then she asks me to type it all out.

But she is thinking about what happens too. So I told her, start with a story. And to help her, I wrote out some questions which I have found useful myself. These questions give her the bones of her plot.

So just in case your child genius is a budding Shakespeare, here they are. Plunder as you will:


Your hero/heroine(s) is/are...
Winter, Autumn, Spring and Summer are four sisters who each possesses an amazing – and potentially deadly power.

One day something happens... what?
One day Summer is kidnapped by evil goddess Discord, who hates their parents and wants to destroy their kingdom. She demands that their parents sacrifice themselves to get her back.

What do they have to do because of the thing that happens – and why do they have to do it?
Spring, Autumn and Winter need to use their powers to get their sister back before their parents sacrifice themselves. They have until sundown to do it.

What – or who – is stopping them?
They can't agree on the best way to rescue her. And Discord is doing her best to make them disagree and turn on each other so that they fail.

How do they nearly fail?
Winter and Spring fall out over whose plan will work the best and nearly turn on each other.

How do they win out in the end?


Autumn realises this was Discord's plan all along. The sisters unite and, working together, blast Discord, rescuing Summer.
Posted by Meg McNulty

I'm happy that you have your own Drama Queen! :) it's very important to develop a talent in a kid! Use best editing services - edit-ing.services will help you to cope with essays that your daughter may have in future!

Such role games make children create their imagination. It's wonderful when they ask us to play in this way. Thanks for sharing one more idea about the plot of playing.

Use this article to increase your knowledge . cara menggugurkan kandungan

There may be always the option of going to an expert, in the event you see cracks or scratches or denting in your gold piece.

Thanks a lot for posting. Online Tik Tok Viewer

I feel this is among the such a lot vital info for me. And i am satisfied studying your article. However wanna commentary on few general things, The website style is ideal, the articles is truly nice
Tangki Panel
Tangki Fiberglass
Jual Septic Tank