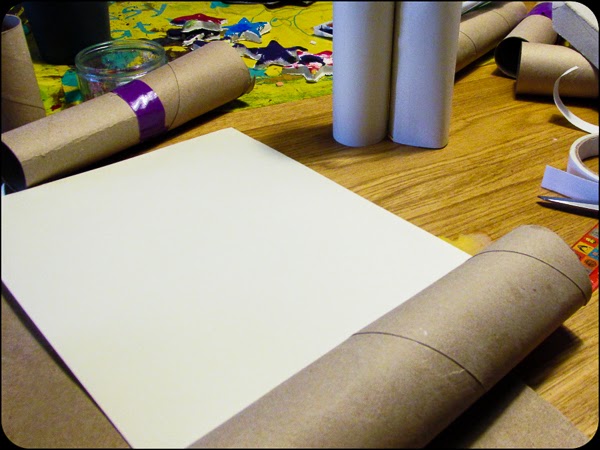 It's Sunday and Sunday is No-TV-Or-Computer-Day. We introduced this concept a few weeks ago to stop us burying our heads in tablets/smart phones/other things with bright screens that place us on tiny individual islands not speaking with each other.

The result is time outdoors or time hanging out crafting and reading or playing games. It's brilliant. I feel like I'm a kid again. My daughter gets to do the kid stuff I did. Make sand castles. Explore the library. Go wild with paint and sticky back plastic. Better still, I get to do that with her. 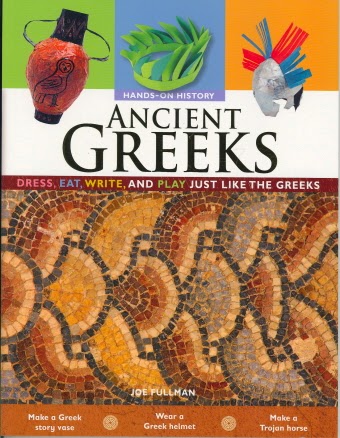 Today, however, was our Piece de Resistance: a Greek Temple built out of toilet roll tubes.

This is a project I've been wanting to do for months, inspired by the too-brilliant-for-words Hands on History book on the Ancient Greeks, which I picked up for a song at that fabulous den of Craftiness and Books, the Works.

I say "inspired" because it transpires that in craft, as in recipes, I can never quite bring myself to follow the step by step instructions to the letter. I go free style. And this is the result:

Building a Greek Temple out of Toilet Roll Tubes

1. Make your pillars
The instructions called for 10 15cm tubes painted white. I thought 15cm tubes would make for an overly squat temple, so we decided to double the height with cunning use of duct tape. I also couldn't be arsed waiting for paint to dry and besides, paint wouldn't stick too well to duct tape so we decided to wallpaper our columns instead. Nothing that some sellotape and a roll of double sided sticky tape couldn't handle.

As we'd made our temple so much taller, we needed to expand the floor size too. I took the back off an A2 sketch book and cut it in half to make an A3 floor and ceiling. We decided to wallpaper these to match the pillars (cream).  My six year old design expert, the Morg, decided the floor needed some funky carpet. So she painted it in gouache. 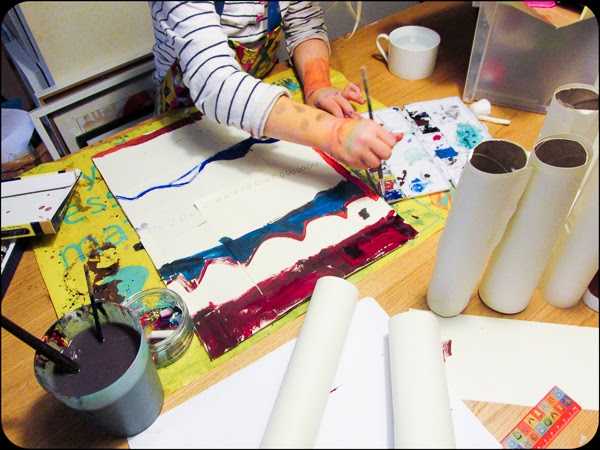 The Morg suggested that because Artemis was Apollo's sister, that the ceiling design should include an eclipse. Pretty cool idea I thought, so we papered the ceiling in black and she got busy with the paints. 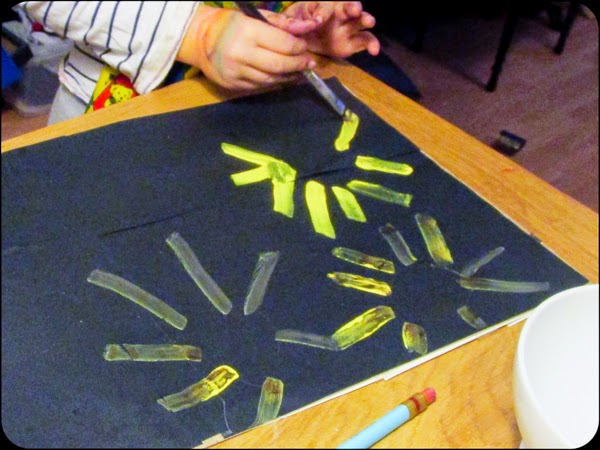 3. The Pediments and Friezes

To make the pediments I had to remove the cardboard backs off two other pads and draw a triangle, ensuring that the peak made a right angle to get the proportions looking ok. I cut them out and then the Morg took care of the friezes. Following the Artemis theme she decided that frieze 1 would have Artemis and her bow and frieze 2 would show the moon. So that's what she did. 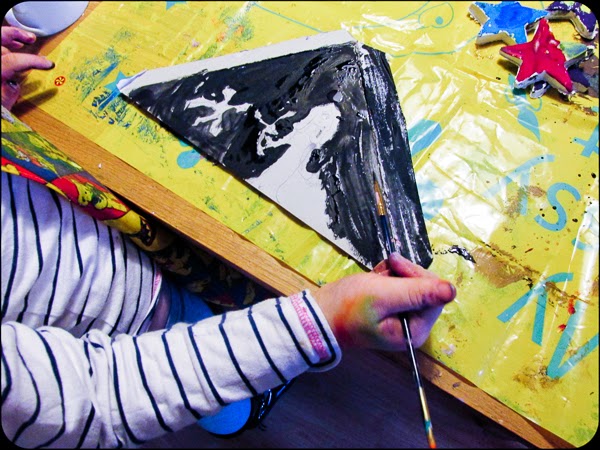 4. Putting the Temple Together

Duct tape. A lot of duct tape. The book suggested glue, but one look at my towering cardboard pillars and I knew that no paltry glue would do. It had to be something much stickier and more substantial. So I stuck loops of duct tape inside the botton of each tube pillar and pressed them down hard. Sure, some were a little wonky but I figured the roof would sort that out. 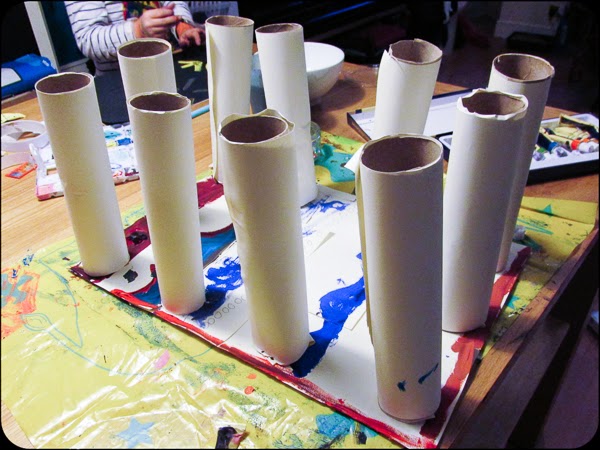 I stuck a loop of duct tape inside the top of each tube and then stuck on the roof. At that point my Temple looked a bit like a sandwich.

Next up, we stuck the pediments on. Unfortunately, due to the need to use the whole length of the cardboard I hadn't been able to have a gluing flap on all three sides of the triangle, only on the top two. So we used duct tape to make a bottom flap. That wasn't stiff enough, so we made an extra support out of scrap cardboard bent into an L shape, and stuck that on the back. Voila, pediments in place.

Due to super sizing our we temple, I would have needed an A2 piece of cardboard to make a roof for my temple. Sadly, I'd already used my one piece of A2 cardboard. I'd chopped it in half for the floor and ceiling.

So we were forced to use paper for the roof - an A2 sheet, with the excess trimmed away. Still, with the support of the pediments it held in place pretty well and the only downside was the colour: white, whilst the rest was cream.

The Morg provided a solution in the form of some pretty cool Artemis inspired artwork and signage and our temple was done:


Oh! and with the spare toilet roll we made a pretty funky throne. Very simple - two slits, one  on each side to half way down. Bend the flap forward and trim into a curve. Press back into the tube and hey presto! There's a throne. The Morg painted it blue and we stuck it inside, at one end of the temple.

For a tour of the temple by the temple creator herself, just watch here (note for sticklers: Eris, not Iris, is the Goddess of Discord - but what's a vowel between friends?):

Oh my gosh--this is such a charming idea & what a wonderful project to do with your children! It makes history & art come alive. I really enjoyed reading this post :D