Searching for Superwomen is launched!

Life has been BUSY folks.

Real, grown up life has been destroying my creative muse like some sort streptococcal flesh-eating bacteria. House buying.  Jobs. Parenting.  And let's not forget social media...

Considering that The World's Best Critique Partner, Jessica Baker, has just doubled the size of her family by delivering twins and is STILL managing to write despite having no sleep at all, this is totally shameful (but congratulations Jess!).

But let us not repine. I've squeezed in some creativity around the edges.  I participated in Our Dark Faery Queen's Writerly Bridal Shower (read the book - it's free on Smashwords and it's fabulous!). I brought a Medieval Knight to life.  And I wrote a couple of random stories inspired by 1. leaving my current job working with scientists... ahhhh I will miss them and 2. my current fixation with superheroes.

Which brings me on to Searching for Superwomen, the brain child of the super fabulous Emmie Mears and her fantastic co-conspirators Fran Roberts and Kristy Lyseng. I'm super excited (everything is super when you're dealing with Superwomen) to make a fourth in this new crime-fighting operation.


Searching for Superwomen: The Mission

I'll hand over to Ms Mears to tell you all about it...


"We seek to create a home online where we can not only celebrate every facet of geek culture that interests us, but where we can show the media that geek women are a huge portion of their audience. Gamers, cosplayers, writers, artists, fighters — all are welcome.

We’re here to showcase awesome female superheroes, both in fiction and real life. We believe that fiction has an opportunity and an obligation to change entrenched attitudes of sexism in the media, from ridiculous outfits painted onto SuperWomen to worn-out tropes and stereotypes. Our goal is to foster positive dialogue, encourage female creatives to join these fields, and create meaningful commentary on the state of SuperWomen in today’s media. All are welcome here.

Want to be a part of it? Soon we’ll be putting out a call for submissions so YOU can join us. Write superhero fiction? Have something to say about cosplay? Repurpose Rubix cubes into LARP armor? We’ll want to hear about it. Be ready when we say go."

I could this to Buffy-inventor Joss Whedon, because his succint answer is pretty damn good:


“Q: So, why do you write these strong female characters?
A: Because you’re still asking me that question.”

Because the world in which my daughter is growing up is becoming increasingly stratified into pink glittery princesses, where schoolkids download hard core pornography onto their mobile phones and share it in the playground, where homogeneous ideas of beauty are served up from kids TV onwards.

At some point, acceptable toy advertising shifted from gender neutral: To gender specific. And pink. Or purple. Very pink. And very purple: 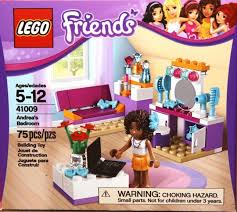 If you want to get really mad about this, try reading a few of these:
Science toys: just for boys?
How toy ad vocabulary reinforces gender stereotypes


When you're five and have at least four superhero personas (Rainbow Girl, Sun Girl, Cat Girl and Glimmer), a copy of the Marvel and the DC Encyclopedias and a close working knowledge of most Marvel cartoons, it's confusing to be told by a male friend that girls won't be invited to his birthday party because "it's a superhero party."

Should she just get used to that?  Because it won't be the last time that people infer, suggest or just tell her that she shouldn't be doing something merely because she's a girl.

Sites like Everyday Sexism tell us that, if we didn't already know.

As my good friend Thor would shout: We, like generations of women before us, have an obligation to ring the changes.  In a world swamped by information and imagery, we need to teach our daughters to develop a critical understanding of the images with which they are being bombarded.  We need to create alternate paradigms, smart, funny and creative.

And we need to enjoy ourselves.  More than anything, we need to lead by example, by pursuing what we love and setting the world on fire.

So.  How will Searching for Superwomen help?

By creating a place for people to challenge stereotype, revel in what they love and to be the change.  Like Adlai Stevenson said about Eleanor Roosevelt, it's better to light a candle than to curse the darkness.

Oh and did I mention that I love comics?  And fantasy... And Science Fiction....

Read Emmie's first post here... and discover why each of our Editors became involved every week throughout May.  You won't regret it.

For more Superwomen operating in the same universe see:

And for a bit of female empowerment:

A Mighty Girl
Towards the Stars