There have been some wonderful stories....

And some fabulous poetry....

People have been hidden and revealed, there have been monsters and princess, there has been weeping and joy.

NOW there are but TWELVE hours left until the close of #12Masque.

So I'd had better tell you about the prizes then hadn't I?

The Bauta
This the Prize for the Most Evocative Story or Poem. We want music to sing in your words! Imagery so rich and ripe that it bursts upon your senses. Figurative language and description so vivid that it paints a picture on your eyeballs.

The Bauta prize winner will be awarded:

JUDGE: Irina Jauhiainen (AKA @imprisonedbeaut) is a poet, a full-time literature enthusiast and co-founder of London's latest monthly poetry and music night Until The Light Goes Out, which pilots on Monday the 4th of February in the Library Bar in Islington, London.

The Volto AKA the Fan's Favourite
This is the prize for the entry which gets the most popular votes.

The Volto prize winner will be awarded:
Voting will open on the entries at 12 noon GMT tomorrow and close the following day.  Votes can be made on the #12Masque page via InLinkz or by sending a tweet to @charitygirlblog #12Masque #FanFav and including the title and author and number of your chosen story. Please don't vote for more than two entries (I know it's hard to pick!).  And remember NOT to vote for any marked ineligible!

See foot of THIS POST for more detailed instructions on how to vote and to clock on thumbnails. 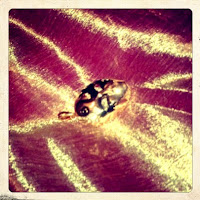 The Scaramouche AKA The Judge's Choice

JUDGES: Who other than fabulous Fictionistas: Kern Windwraith  AKA @theoddparticle (who has kindly provided a prize for the contest) and Jenn AKA @BrewedBohemian?  Our special guest judges are The Silver Elf, a London based artisan craftswoman and voracious reader (she lives in a library) and poet Irina Jauhiainen AKA @imprisonedbeaut

Now the prizes have been revealed and the judges named, let's race to the finish line!


You can vote for up to TWO stories - voting closes midday (GMT) Sunday 13 January 2013. There are THREE ways of voting.

1.Click on the vote button below the thumbnail. Voting closes tomorrow.

2.Vote via Twitter by sending a Tweet to @charitygirlblog with the hashtags #12Masque #FanFav and including author, story number and story title (if known).

3.Vote by leaving a comment below the contest post on DarcytoDionysus, including author name, story number and title (if known).

WINNERS WILL BE ANNOUNCED WEDNESDAY 17 JANUARY 2013.
Posted by Meg McNulty