The gorgeous Stacy Bennett-Hoyt and the paganly perfect Cameron Lawton (half woman, half otter) tagged me in a blog hop organised by writer Vicky Orians. Vicky's cunning plan to to have writers share their inspirations ergo the blog hop is called... 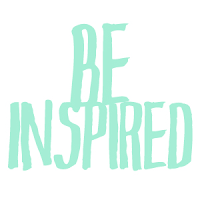 Before I go any further, I recommend you click through and read Stacy's answers!  My task is simple:
1. I answer the ten questions
2. I tag five writers and ask them to do the same

The working title is Boundless as the Sea - taken from this Romeo and Juliet quote:

“My bounty is as boundless as the sea,
My love as deep; the more I give to thee,
The more I have, for both are infinite.”

2. Where did the idea for your book come from?

Boundless sprang practically fully formed from its predecessor Merely Players.  Sal, the heroine and Richard, the hero, were secondary characters but their story threatened to overtake the book and lots of my beta readers wanted to know what happened to them.  Following received wisdom, I gave them a story of their own.

3. In what genre would you classify your book?

It's most definitely a historical romance!

4. If you had to pick actors to play your characters in a movie rendition, who would you choose?

Aha! I'm ahead of you there.  I've already picked my cast and you can take a look at them on Pinterest.   Christian Bael has the honour of playing my hero, Richard Warwick:

And Michelle Pfeiffer would play my icy beauty, Sal Stornaway:

My villain, the Comte de Therbonne would be played by the world's prettiest vampire, Alexander Skarsgard:

5. Give us a one sentence synopsis of your book?

Scandalous actress Sal Stornaway once humiliated the respectable Richard Warwick, Earl of Cranbourne: now she wants him back, but Richard wants the one thing Sal is not prepared to sacrifice - her heart.


6. Is your book already published/represented?

Not anywhere near! I've completed one draft...  many more re-drafts to come!


7. How long did it take you to write your book?

I started at the end of October 2011 and I completed the first draft at the end of April 2012, so roughly six months.  However, as it was a sequel much of the back story was in place.


8. What other books within your genre would you compare it to?  Or, readers of which books would enjoy yours?

I would place myself in a similar space to Joanna Bourne.  It isn't a light hearted frothy ballroom romance, it has slightly darker themes.  Sal has a patchwork past and a troubled childhood, Richard has demons of his own.  My writing style is fairly loose too, I use choppy sentences at times and broken phrases, particular in action scenes.


9. Which authors inspired you to write this book?

I fell in love with historical romance through the novels of Georgette Heyer, but my work definitely owes its influences to writers who deal with more in depth, emotional characters - wonderful authors like Jo Bourne, Laura Kinsale and Meredith Duran. There's also a strong theatrical theme in both this book and its predecessor which offers a nod to films like Shakespeare in Love.


10. Tell us anything which might pique our interest in this book?

This book steps away from Almack's and Hyde Park into different strata of 19th century society.  The reader will be whisked from the Paris underworld to the opera, via duels, deceptions and diplomacy.  The heroine is not a wilting Regency debutante, but a celebrated actress and courtesan, who has to peel away her tough exterior and learn to risk herself again.  The hero is not an bristling alpha, but a strong and honourable man, who loves with deep loyalty and dedication.  It's not just a story about love, it's a story about redemption, self acceptance and truth.

Certainly sold your book to me, Meg! I love the synopsis (and your pretty villian)

Wow!! I am totally sold!! Love the idea of MP as your heroine cuz she's so lovely yet strong!! :)

Your book sounds great! Thanks for participating!