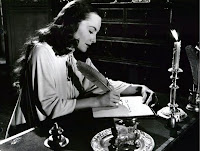 Merely Players is my first complete novel. It was completed, flawed and mangled and revised a dozen times around August 2011. Then I put it on one side. For months.

I'm now at 100,000 words and not far off completing that raw first draft. But I need to go back to Merely Players.

Because it tries too hard. Because I got other people to read it far too early on. Because I didn't trust my instincts.

With the sequel, Boundless as the Sea, I kept the door shut and wrote. When I complete it, I will put it to one side. Then I will re-read it and revise. Then I will give it a trusted first reader. But only then.

Merely Players deserves a second chance. My writing has improved now, I think. I'm more confident. I want to do that story justice. And so I will. That's my next challenge.

So what's it all about?

It's about a wild aristocratic playwright in search of a muse to chase away his demons. It's about a stern preacher's daughter tempted by her own talent and taunted by her oppressive upbringing. It's about finding your soul mate where you least expect it.

Ghislain Warwick, London's most notorious playwright has lost his muse. He can't write and writing means the world to him: his sanity, his livelihood, his sense of self. When he finds Rachel Stoneleigh in the salon of his former leading lady, Sal Stornaway, he knows he has found the inspiration he is looking for. Only there is a problem: dissident Rachel campaigns against theatres, she doesn't visit them.

When Rachel Stoneleigh was nine her sister died. Or so she thought. Until one day she discovered that her sister was alive and well and the toast of the London stage. Discovering Sal throws Rachel's world into disarray. Unlike her rebellious sister, Rachel is her fierce father's shadow and support. She is the cornerstone of his ministry. She cannot and will not be tempted down a path of vice.

Blackmailed into working with Ghis, Rachel discovers a side to herself she had never allowed to blossom. She has passion, talent and wit to match Ghis' own. And now she has found it - and Ghis - can she bear to give it up?

I love that you're going back to the first book!! I'm actually doing something very similar at the moment!! You go girl!! Can't wait to hear how it progresses!! :)

Thank you! I think my ambitious outstripped my skill at the time. Slightly daunted at prospect of rewriting a 100K book but a journey of a thousand steps and all that.

Would like to have 2 books I'm really happy with.

Yeah, re-writing a whole book sounds agonizing--but I very much want to read it and would be willing to offer the best feedback I can manage if you're interested.