Difficult choices... what would you decide?

I'm delighted to have been judged as this week's winner of the #SatSunTails contest by Jeffrey Hollar (@klingorengi).  In 150 words I had to tell a story using two prompts, a phrase: "unassailable guilt" and a picture (see below): 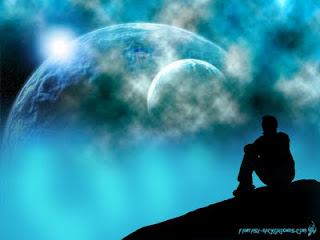 
It was hard not to stare at such beauty, shimmering and opalescent in the night sky. Eden, soul of the universe. One billion lives living in perfect harmony. His home.

“Make your choice,” the voice whispered in his ear.

The children would be rising now, welcoming the dawn with song. His wife would yawn, stretch, her face soft with slumber.

“Make it!” It was more urgent now, slithering over him like a curse. Lifting his head, he turned his face away from Eden, looked into the shadows.

“You want to understand humanity?”

He placed his hand on the child sleeping by his side. “Him, I choose him.”

Soft laughter in the night. The boy stirred, sat up. “Da’ what’s that? Fireworks?”

Flame streaked the sky, the blood of a dying planet. A billion voices snuffed out.

Unassailable guilt twisted. He avoided his son’s wide-eyed stare. “No.”

"I hesitated to go with a repeat winner but ultimately couldn’t do otherwise. Of all the stories in an excellent pool of contenders, it was the one that I felt paid the best tribute to the photo and phrase prompts. The turmoil in what was, essentially, a no-win situation would have conveyed the sense of guilt to me even if the prompt had not been used." 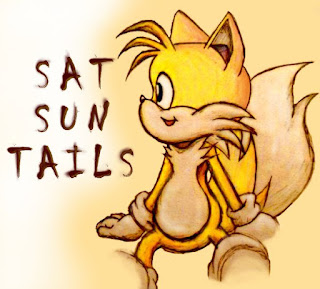 The story was inspired in two things.

1. I've been introducing my little girl to the Silver Surfer via Marvel's animated series.  In episode 1 Norrin Radd is faced with a terrible choice: Galactus is about to consume his planet. In order to save his planet he offers himself as Galactus' servant with the task of seeking out new planets for him to consume.  In doing so, he is forced to abandon his true love and barred from ever seeing that world again.

2. I've been working on a direct marketing appeal.  The received wisdom about such appeals is that you have to hook potential donors into a single person.  Send a mailing saying five million people are starving and people feel powerless to help.  Send a mailing saying that their donation can help just one person and the donor is much more likely to respond.

I also wanted to contrast the love between two adults with the love of a child.  Would you make the choice to lose a beloved spouse to save your child?

It's not a decision I would want to make! Even worse if you have more than one child. I know I would be able to make a decision at the time though but how you would live with it would be another matter.

What would have happened if he refused to choose? Just curious, for I would have refused.

They would all get it, planet and boy. But not him. No escaping The Choice for this poor soul.

Hmmmm. I would have still refused to choose. I couldn't have lived with the guilt of either choices.

So you lose your child, and your whole civilisation BUT there is no one left to point the finger or accuse or even know. Would that be easier? I think maybe it would...