#NightGale 2: Immortality comes to you....

Continuing the theme of my disordered #NightGale entries (pop over to Stevie McCoy's blog to find out more about the contest), this is the story which should have been the week 2 (January 12th) entry.  The prompt was:

"Immortality comes to you, you do not go to immortality."

It is inspired by Shelley's Hymn to Intellectual Beauty:

“Why dost thou pass away and leave our state, This dim vast vale of tears, vacant and desolate?… No voice from sublimer world hath ever, To sage or poet these responses given – Therefore the name of God and ghosts and Heaven, Remain the records of their vain endeavour," 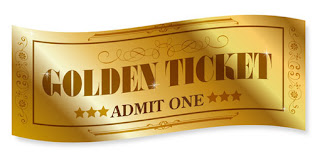 IMMORTALITY COMES TO YOU, YOU DO NOT GO TO IMMORTALITY

It was a dream, of course, but vivid enough to wake him.  Sod that.  Chesney pulled the bedcovers tightly around his head and snuggled down to sleep.   For a moment he thought he heard a mutter but he disregarded it.  Probably the cleaner.  Or his mum.   Either way, between his hangover and the slow burn of an incipient sore throat, he wasn’t getting up. 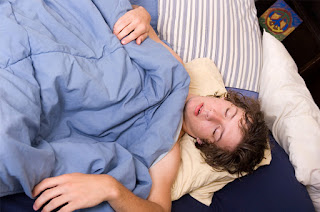 “Hey!” he shrieked as the marshmallow warmth of his super thick winter duvet was ripped from the bed.

“Congratulations! You’re a winner!”  Not his mum.  Or the cleaner.  Neither of them could manage that level of crystal clear perkiness, especially not at 7am on a Saturday morning.   Who the... ?  Blinking blearily he sat up.

If it wasn’t a dream, it should be.

She was beautiful.  No, more than that.  Stupendous.  Sheer unadulterated hotness.  His thick-headed vocabulary ran out and he just feasted on images.  Her mouth was pure sin.  Full, parted lips, gleaming with promise.   Her body was a fantasy, the colour of gold tinged whipped cream and shaped by a master craftsman into curves and valleys.  His palms itched to touch, just looking at her.   There was a lot to look at.  Whatever she was wearing was sheer.  Like, really sheer.  With the morning light behind her, it was damn near transparent.  Just enough to tantalise.  His mouth was dry and not just with hangover, he tried to move, to lick his lips.

She stared down at him and for the first time he noticed her eyes.  Baltic.  There was no other word for it.  He was a worm, a speck on the golden sandal of the most divine woman he’d ever seen.  He couldn’t blame her, really.  His t-shirt was stained, his breath smelled of cider and vomit and an outbreak of acne scarred his thin face.   Even if he was on the football team, he’d have no chance with her.  And he wasn’t.  He really wasn’t.

“At last, it wakes!” Beauty said.  Her pout just avoided a sneer.

“You’re a goddess,” he blurted.  It was out before he could stop it.  Blurting.  He hoped he’d grow out of that with a desperation born of a need to survive in the hormone-fogged jungle of adolescence.  It was like some compliment oriented Tourette’s syndrome, one sniff of a pretty girl and blurt. Out it came.   The netball team called him slimeball.  They had reason.

Oddly, Beauty looked pleased.  “At least you got one thing right, shit-for-brains,” she said.  “Maybe that’s why you were chosen after all.”

“Immortality,” she shrugged, glancing over her shoulder.  “Zeus, I hate this job.  I don’t see why Hermes couldn’t do it, he’s supposed to the messenger.  What am I?  The goddess of spotty adolescents?”

She did not appear to expect an answer

“Immortality,” he managed, at last.  She glanced back at him, one golden eyebrow twitching.

“Yeah, that.  You’ve got it, buckaroo.  Enjoy.”  Turning away again, she looked towards the window. “Am I done now?”  She seemed to be listening to something beyond the room.  In the distance, thunder sounded in an ominous growl.  “Alright, alright, pops!  Fine.  I’ll tell him.”  She turned back to Chesney and yawned.

“Here’s the deal.  You worship us, you get immortality.  You spread the word, you tell your friends.  All those brainless girls you spank your monkey over every night,” she ignored his fierce blush, “you tell them they could get eternal beauty.  All those pathetic, football obsessed animals, tell them they could get godly strength.  You spread the word.  Forever.  Deal?”

Chesney blinked again, pulled his knees up to his chest and shivered.  “Um.... but who are you?”

“Oh by the bleedin’ Gordon’s right breast.... what do I look like?”

Leaning over the bed, she rapped her knuckles on his head.  “Ring a ding ding, someone give the guy a banana!  You got it.  I’m a goddess.  Aphrodite’s the name, love and beauty is the game.  Ancient Greek pantheon.  Every other deity is evangelising like crazy, so Hermes came up with this cretinous PR policy.  This is it.  You won the lottery.  Immortality.  Sign on the dotted line – blood will do.”  Clicking her fingers, she plucked a shimmering golden parchment from the air and held it out to him.
Chesney fell back on the pillows and clutched his hands to his head.  “Jesus, I want to die.”

If it weren't for the fact that I consider immortality more of a curse than a blessing I'd be all over that deal though. I like the Greek gods enough I wouldn't mind evangelizing for them as long as we could work out more desirable recompense.

Love the immortality coming to Chesney through a lottery set-up though.

Sorry it's taken me so long to get over to read your entries and welcome to the challenge!