So... I've finally caught up! And for Lady Antimony's Dante inspired #divinehell challenge we have 150 words on the 8th circle of hell: FRAUD. 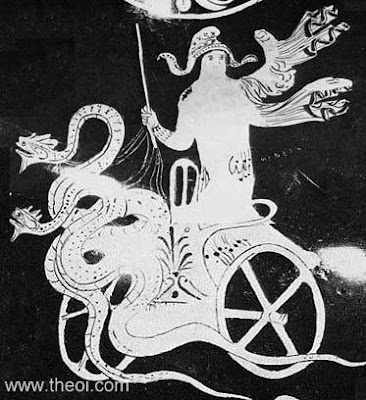 “I like Christianity,” Medea leaned over the blazing edge of the sun-chariot. To touch it was death to a human. She was no longer human. Far below, deep beneath the mountains, the dark chasm of hell yawned. She smiled.

“Pooh!” She slipped her arms around his burnished neck. “Grandfather, really. You should see what they do to him there.”

“Jason,” she whispered into his ear. “Marching like the ant he is. Back and forth, whipped by demons.”

He snorted, trailing vapours in the bright light. Sun God, sun glorious. It hurt to look at him sometimes. “Do you imagine Hades couldn’t have done better? Think of Tantalus! Sisyphus! Or better still, Prometheus. Imagine an eagle tearing at his unfaithful guts, child. You’d like that wouldn’t you?” 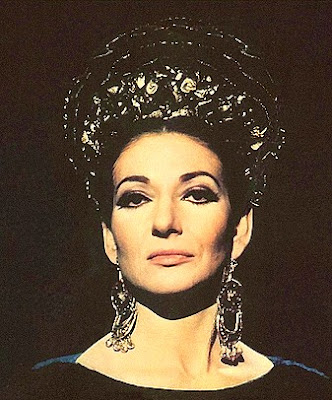 The last two circles of Dante's Hell punish sins that involve conscious fraud or treachery. These circles can be reached only by descending a vast cliff. The fraudulent—those guilty of deliberate, knowing evil—are located in a circle named Malebolge ("Evil Pockets"), divided into ten Bolgie, or ditches of stone, with bridges spanning the ditches.

In the first, panderers and seducers march up and down whipped by demons. One of these is JASON, as in "of the Argonauts." Jason is the unfaithful husband of the glorious MEDEA, the subject of my all time favorite Greek tragedy by Euripides (you can read it here). Amongst other things, Medea is the granddaughter of Helios, the sun.

One of the all time greatest productions of the Medea featured the amazing Fiona Shaw (below). I have never in all my born days seen anyone with her raw power. Phenomenal. 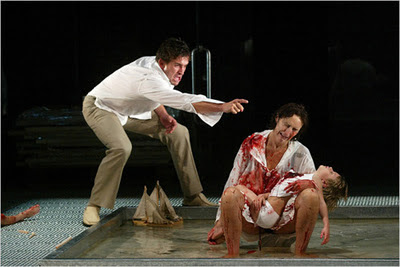 I've always loved Greek mythology, so it's always a treat for me when you give us your inspired take on it.

My favorite thing is Medea's discussion about Christianity with Helios--a god who Christians would consider it heretical to believe in. She likes Christianity for what it's done to Jason, even though she knows it's wrong about the existence of her grandfather who thinks 'Hades could have done as well'.

Probably my favorite so far, though Limbo is still lingering in my mind, and Heresy was awesome too.

Thanks David - I'm still working on Daughters of Leda (breaking the rules by switching between stories, depending on my mood) - maybe I'll get that up on book country too (when I work out how on earth to use it!)

Beautiful imagery. There's something compelling about the ancient gods.