Back in the Saddle again

For the last few weeks my cup hath runneth empty. As I wrote in my last post, my output has been zilch. I've gone from writing 2000 words a day (or so) to writing nothing. Nada. Not so much as a squeck of flash fiction. Damn, I've barely known that it was Tuesday, never mind writing a tale for it!

I think it was a good time to take a holiday. After the wrong turn with New Voices and working like a demon in the day job, I'd kind of lost my mojo.

And hooray for that. I've got a few people to thank for bringing me back round but the main person is - and not for the first time - the fabulous Andrea Walpole (@AndreaWalpole), critique partner extraordinaire and walking inspiration. Not only does her writing go from strength to strength, but she's solid in her encouragement to get back in the saddle. So I have.

I've jettisoned the ill-favoured Star-crossed and embarked on the story of Sarah and Richard, two support characters from Merely Players who have always deserved a story of their own.

There's something particularly enjoyable about working with characters you already know. I know their family backgrounds. I know how they behave when they're under stress. I know their back story inside out - because I wrote it in Merely Players. The danger in that is that because I know them so well, I don't put in the information a reader needs to get to know them. 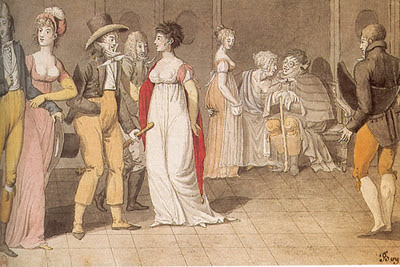 I've taken a break from Regency London and moved my novel to Paris. Why? I fancied a change. I wanted them to be out of their comfort zone. I wanted sensible Richard to be in a place he could cut loose far from his responsibilities and famous Sal to be in a place she was a nobody. Plus I have a soft spot for Paris, engendered by an abiding affection for the infinite wonders of These Old Shades - one of my favourite Georgette Heyer books of all time. 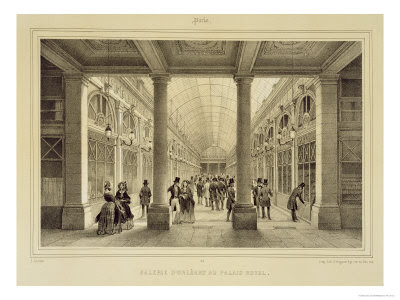 I'm being guided around the Paris of the early 1800s by two fine gentlemen, Paul Hervé and M. Gaglignani who wrote the exceedingly useful The new picture of Paris from the latest observations which is available to read on google books right here. God, I love google books.

This weekend I wrote chapter one, 4,500 words. I'm calling the new novel Boundless as the Sea - another Shakespearian reference, to keep with the theme established in Merely Players.

I would like to think that following my experiences with Merely Players, I would have carefully plotted this book. I haven't. I've dived right in with nothing but the most rudimentary roadmap to show me where to go. And I'm loving it. 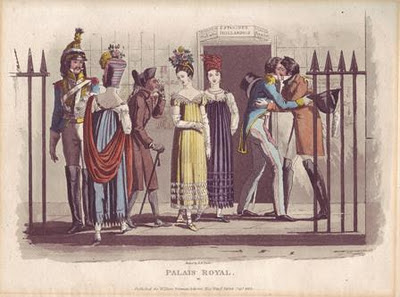 I know that I no longer have much time to write, but I hope that when I do find the time, it's always as satisfying as it has been today.
Posted by Meg McNulty

This sounds great! I love These Old Shades too :)
I'm glad to hear you have your mojo back!

There was a great radio show on Radio 4 about the Late Great Heyer recently - think it was Woman's Hour. I heard the replay last weekend.

Oooh, I haven't read These Old Shades. I shall add it to the TBR list, along with that wonderful book about Paris.

I like the sound of the new direction that you're headed with your WIP. Sometimes we need a bit of a break, and a change in scenery/characters to get the creativity going again.

I can't wait to see where the new project takes you!

OMG you are in for a treat! It's in my top three Georgette Heyer's AND it's pretty much the only Heyer where there are SEQUELS (Devil's Cub and Infamous Army). The Alasdair family are the best. Enjoy!