Writing what you love 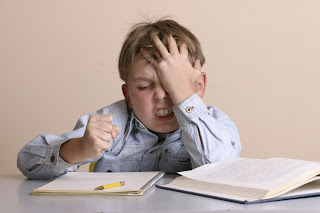 I've been struggling a bit with writing the last couple of weeks. I put my work in progress, Merely Players, to bed a month ago (though new feedback from beta readers is likely to demand yet more revisions). I thought that my next project would be preparing a new historical romance ready for Mills & Boon's New Voices contest which opens this week.

To cut a long story short, I'm not feeling it. On the recommendation of the wondrous Aimee L Salter, I've been reading Techniques of the Selling Writer by Dwight V Swain. And the word according to Dwight is that good writing starts with feeling. End of. Or rather start of. Because from feeling you have to weave technique, craftsmanship and damn good story telling. But feeling is where you start.

Feeling is what motivated Merely Players. It's an odd book, for a romance. It sucks in themes I really care about and didn't expect to be writing about. The characters mean something to me. I want them to prevail.

Now when I sit down to write I find I'm writing the Daughters of Leda. About women in war, about motherhood and about human cruelty and compassion. Lots of vignettes from the lives of Helen and Clytemnestra. Whispers from a past made up of gorgons and harpies, female power subsumed by a male society. I care about that. It's an awkward patchwork but it means something to me. I feel charged and full of energy when I'm tapping out those stories.

So it is with regret that I'm not going to be submitting to New Voices. It's an amazing opportunity, but I feel like I'm being steered in a different direction at the moment. 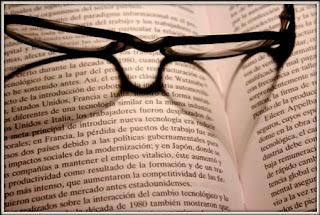 One thing I am finding is that even if you write what you enjoy, trying to do it for publication is pretty good at destroying that enjoyment.

Having said that, I know some people seem to enjoy the revision process more than their first draft. Just not me.

Hmmm that might be an issue - if I ever get anything published I'll have to revisit this. Happily/sadly it isn't currently an issue ;)

I can relate to the difficulty writing, Lost Girls' Society has actually given me a terrible time in recent weeks (though I think I've successfully worked through each time). I had no idea it was going to be THIS hard to write from the perspective of three teenage girls.
But I can also relate to opting out of great opportunities because of an inability to take proper advantage of them at the time they're offered. I'm missing out on the platform building campaign some of our fellows are involved in because I knew I just didn't have time for it.

I'm missing out on the platform building campaign too! It looks amazing but autumn is BUSY for me - I just can't commit :(

Ahhh, I totally know what you mean with this.

I started working on this awesome fantasy novel back in April. I had been planning and plotting and outlining and saving lots of pretty pictures on Pinterest for inspiration. I got about 25K in... and things just sort of disconnected. Each chapter was feeling kind of 'meh', and that spark of excitement I felt early on had faded.

I'm actually really glad that I walked away from it, because the steampunk story I'm working on has just captivated me. I feel a connection with it that doesn't currently exist with the fantasy tale, and I'd rather spend my time on that, because that means that writing doesn't feel like drudgery.

I love the sound of Daughters of Leda, and the themes that you're weaving in. Having passion for your work, I think, is essential, especially in the initial writing phase. Once it's time to edit, then you can become a bit colder, distant, and critical. :p

Love pinterest! Though it is evil and sucks hours of your life away in one go. I'm now getting talked back into New Voices... thinking maybe I'll give it a go. I do like my characters and my plot, it's just that I LOVE Clytemnestra and the Daughters of Leda theme. What to do what to do!