Characters: how do you get to know yours? 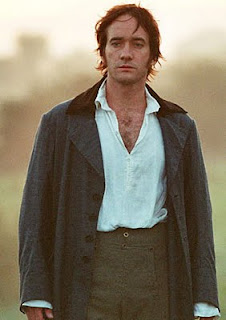 A State of Conscious Incompetence...


The more I write, the more I realise how much more I have to learn, in order for me to be the writer I want to be. Participating in the #7Sins Flash Fiction Blog challenge has been a fascinating journey so far. It makes me realise that every word, every phrase and every nuance counts. Or it should do, if I'm writing the way I want to write.

When I look at my work in progress I can see bland sentences, lazy writing and clunky phrasing littering my work. I want to transform it into the emotional, deep-reaching romance I know it can be.

One thing I've concluded is that I don't know my characters well enough. I've worked a lot on getting inside my heroine's head, but I feel like I haven't given my hero the same level of consideration. I want to think a lot more about giving him an authentic voice, building his character through gesture and behaviour and so on.

What to do oh what to do?


To get this authenticity, I thought I might experiment with pulling out his scenes and reading/revising them as one narrative to try to get the voice consistent throughout the whole.

I also thought I might try and flesh out his relationships, his background and motivations - not in the novel, but in my own head. To that end, I decided to use the Flash Fiction technique to visualise out some key moments from his life.

Here is the moment my hero, Ghis Warwick, first sees Ana Cherbonne who becomes his long-term mistress before their relations becomes a stale business partnership, Ana strays and Ghis falls in love with my heroine Rachel. This moment won't appear in the book, but is a critical piece of back story; it shows the moment Ghis parts from Sarah, Rachel's sister and gives a taste of how strong his infatuation with Ana was:

Watching her, he thought of the nabob’s tale of the cobra. Her hips swayed as she walked across the stage, the dark veil of her hair swinging and glistening in the gas-light. He thought of the shrill undulation of the snake-charmer’s pipe, long brown fingers dancing across its narrow stem; the mesmeric gleam of the snake’s fathomless eyes, the slow dance of its flat head. He thought of the baking heat, the stench of dust and fear choking his lungs, of the compulsion to edge closer, to enter the creature’s deadly sphere, the terror-tinged curiosity to test the snake-charmer’s mastery. To risk its poison.

She turned as though she felt his eyes upon him. Her smile was liquid, spreading scarlet across her luscious lips and her eyes were like twilight, hiding a thousand secrets; the sighs of lovers in the night-scented garden. Her scent lingered in the wings, sweet as opium.

Lust twisted in his gut, insidious as a serpent in Eden and his blood roared in his ears, drowning the rapid hammer of his pulse. He raised his hand in a salute and his fingers trembled. Knowledge slammed into him with burning clarity. This was a woman he had to immortalise; the woman could personify his words.

From the corner of his eye he saw a flash of silver-gilt hair, as the theatre’s leading lady entered the stage. He forced himself to tear his eyes from the dark siren to nod at Sal Stornaway, the exquisite actress who had made him famous. He should cast thirty pieces of silver in her path, for he knew with absolute certainty that he was about to betray her. His dark siren beckoned; he could work with no other.

I really like the idea of using flash-fiction to flesh-out key moments of a story that happen "off-screen". It's always important to me to know as much as I can about my characters, though I always risk getting caught up in minutiae when delving into the life stories of every character with presence in more than a single scene.

Sounds like your "hero" is a deep-thinking gentlemanly individual, but with a taste for passion that at times may betray gentile expectations as in the case of betraying his patron for his muse. Just based on this flash fiction.

@David thanks for this! I'm glad it seems to be working... Ghislain (the hero) is ruled by his passion/love of writing which for him are inextricably linked. So he's prepared to sacrifice friends (like Sal) to play host to his muse. Part of his journey in the novel is to care about something/someone more than his writing - this flash fiction is showing him before that happens.

I've just written another one, from his teenage years and I'm getting a much deeper sense of him now. It's kind of fascinating - a bit like archaeology, digging through to the deeper layers.

It is a lot like archaeology. The technique I learned in college was called dialectical journaling, and involved getting into the character's mindset and then from their point of view writing out their memories from earliest to most recent. It's still a technique I use of a lot of my more important characters.

Interesting! Thanks David, I'll look into that.