How do you write an Immortal hero? 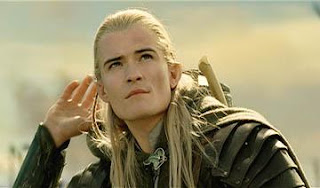 By this I don't mean a hero who will go down in history as The Best Hero Of All Time (though that would be nice too). I mean quite literally, an immortal hero.

Yeah, those dudes. The ones who can't, won't die. Or not unless they do something stupid like vampire sunbathing. Them.

Ok, I hold my hands up... I don't have an answer to this question, but I sure as hello wish I did. My general lack of confidence around this one issue has led me to abandon one promising work in progress as *gulp* 70 thousand words and prevent another from getting off the ground at all.

In WIP 2, my hero is an ancient Greek antihero who has just been let loose in modern London.

In both the hero had been knocking around for more than two millennia - and this is where my problems start. In order to write convincingly I need to befriend my characters. I need to understand and empathise with them, even if I don't like them that much - not all characters are born to be liked.

What I come slap bang up against is how much human motivation is shaped by our transience. Our attitude to love, risk, procreation, our protectiveness and so much more is coloured by the background aware that We Are Not Long For This World. If you had all the time in the world would you care less - or more? How do you make a character like this real?

Humanity in the non-humans

I'm wondering whether this is one of the reasons Stephanie Meyer's main vamp Edward is only a young 'un. He's still in touch with his humanity - more like an old guy in a young body than anything else. The more ancient vampires in Meyer world are more remote - they seem to view humans as a cash crop. Kind of understandable - they've seen a million or so come and go over the generations. So is it possible to have a hero whose life spans a few millennia?

Charlaine Harris does a pretty good job of this in the form of Eric Northman, her hot as hell viking. But one of the beauties of the Eric-Sookie relationship is its ambiguity. As the Southern Vampire books are told from her perspective, you're never 100% sure what Eric thinks or how deep his attachment goes. You don't know if he thinks like a human - or like something completely different. Bill is more straightforward, but Bill is only a couple of generations removed from his human life. He's practically human, if a little chilly and blood-stained around the edges. But we still don't know his thoughts. The first person viewpoint is Charlaine's secret weapon in the Sookie Stackhouse books - but what about us poor sods trying to write third person?

So how do I make them real?

I think Sherilyn Kenyon does this well in the character of Acheron, who appears in all of her Darkhunter books. Secret God and immortal do-gooder, Acheron keeps it real because his immortal job is closely intertwined with the protection of humanity. In the book about Acheron himself, we find out about his abusive childhood and we understand why it is he ranges himself so strongly on the side of the underdog.

Is the this key to writing a convincing immortal hero?
Answers on a postcard (or a comment) please!

I think whenever I've encountered an ancient hero like you mention, they're usually trying to lead a normal life. A kind of 'so I'm immortal, well sh!t happens.'

What would happen when someone like met someone who always did the right thing, who wasn't jaded, was fresh and pursued something relentlessly.

I think it could stir them out of their coma. Would make them view things in a new light.

Then imagine how it would feel when that person let them down?

I guess the alternative is the kind of fallen angel idea, so they've been deprived of senses or of being involved, and have sacrified something (a sense, their immortality, a foot...) in order to have a brief involvement with humanity...

I think the first would allow for a bitter sweet hero just oozing sarcasm.

I've tried to reply to this three times and my own damn blog is denying me! Technology, grrr... I've just changed the settings, so will see if it words now!

This is really helpful as always, Andrea. I think my Greek chap is more of the latter... he's desperate to stay alive. That in and of itself is motivation. Lots to think on!