I'm just days away from ACTUALLY finishing my work in progress and there is a mutiny taking place. The minor characters won't behave. They keep clawing their way to the forefront and making demands. They have their own backstories and their own personalities, their own love affairs and driving desires and they won't bloody well leave me alone.

I'm slightly nervous that I am losing my hero and heroine. I'm worried that compared to their larger than life companions they look bland, or dull or ineffectual. I am telling myself that at the present time it doesn't matter. I will write it all out and then hack it to pieces in editing - and allow my hero and heroine to remerge from the thickets. I need to chip all the debris and allow their story to emerge lean and intense, not lost amid the myriad of other stories. 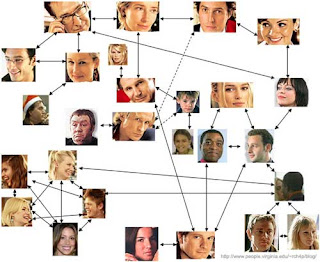 There's a risk in this. I remember seeing Richard Curtis' Love Actually for the first time. Instead of focusing on one clear story, he uses intertwining tales of different people to present the different facets of love and loss. It's not a new device, it's something which has been around for centuries. The problem is, as a reader, I find books like this ultimately unsatisfying. I like to see entertaining minor characters and I like to see them find their mates. Minor characters are often the humorous counterpoint to the intense passion of the central characters, but they need to know their place. In Love Actually, there are some couples I want to see more of. I want to see their film. Others are an irritant; I want to get back to the main story - except there isn't really a main story.

So how do I stop this happening in my book? How do I keep them under control? I don't really have the answer to that, but googling around I find that mutinies like this are commonplace.

Sharon Kendrick talks about forcing her minor characters into a book of their own, so they don't steal the show.

Stephanie Meyer talks about the takeover of minor character Jacob Black in New Moon - breaking with convention she actually gets rid of her hero for most of the book, but still it works. This makes for interesting reading for anyone plotting a series!

Anne Gracie interviews various writers here about how they plot historical romance series - and the role of minor characters there in. I love Joanna Bourne's use of the term "sequel bait" (a new one on me!)

Advice for quelling mutinies of this type is most gratefully received!
Posted by Meg McNulty