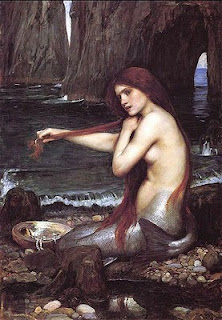 In keeping with my yoyo-ing between supernatural fiction and historical romance, this months I've been delving deep into the world of faerie and also finding out more about the fabled seal people known as selkies. I have, for some time, been working on a selkie-related story... only to find out halfway through that strictly speaking I can't use the word. At least not unless my story is set on Orkney, which it isn't. My selkie is more of an Irish type, which makes him a merrow (in the anglicised form) or something like moruadh or murúch if going for the more romantic gaelic version. The only problem is then I get into language difficulties - I'm not a gaelic speaker and it has also sorts of complexities relating to the gender of words etc which I could really quickly get bogged down in. Plus, merrow people bob about in little red hats and their menfolk are supposed to be astoundingly ugly... which doesn't fit with my hero at all. So what do I do? Give up on my seal man and start over?

Without wishing to stamp on anyone's cultural heritage, I find myself keen to define my own supernatural universe. Obviously it's more convenient to do so, but also I'm conscious that it almost goes against the nature of myth to attempt to fix them in an approved canon, like a literary fly in amber.

My academic background is in ancient greek drama and I remember my university tutor getting really excited about Disney's Hercules coming out at the cinema. Of course, I was all ready to turn my twenty year old nose up at such heresy but she had a completely different view on it. She was fascinated to see what Disney's interpretation of the myth would be, because myths are constantly evolving and the way they are represented tells us something important about the society doing the telling.

You can apply this to the huge craze for vampire fiction at the moment. It isn't the first time. Vampires were a big hit in the 19th century too - but then it was all about exploring the themes society repressed... sexual fantasies, exchange of fluids etc:

"The fair girl went on her knees and bent over me, fairly gloating. There was a deliberate voluptuousness which was both thrilling and repulsive, and as she arched her neck she actually licked her lips like an animal... I could feel the soft, shivering touch of the lips on the supersensitive skin of my throat, and the hard dents of two sharp teeth, just touching and pausing there."
- Chapter 3, Bram Stoker's Dracula

Compare and contrast with this century's most successful vampires, Stephanie Meyer's Cullen Family, who function as a repository for old fashioned family values, for restraint, self denial and responsibility:

"I’m sure all this sounds a little bizarre, coming from a vampire. But I’m hoping that there is still a point to this life, even for us. It’s a long shot, I’ll admit. By all accounts, we’re damned regardless. But I hope, maybe foolishly, that we’ll get some measure of credit for trying."
- Chapter 2, Stephanie Meyer's New Moon 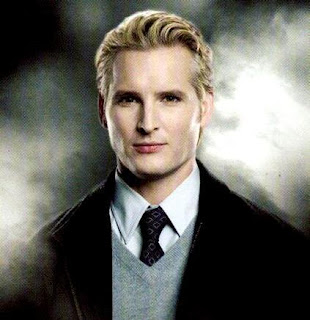 It could be argued that the popularity of Meyer's vampires with certain sections of the population suggests a longing for a time when relationships seemed to have more permanence and the personal challenge of self restraint and discipline, was one which was highly valued.

Moving into worlds which sit upon or within our world, gives us the opportunity to examine marginal or sensitive aspects of our society in a safe setting. We can transpose our curiosity to supernatural beings and explore our fantasy lives by doing so.

Which leads me back to my selkies (or murúch as I am currently favouring, name-wise). They are who we want them to be.
Posted by Meg McNulty