Romanticisation and the Romance 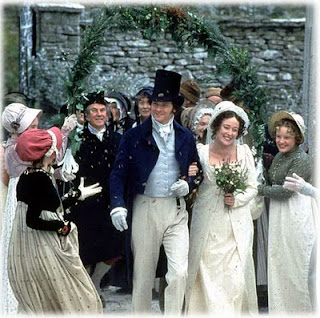 Whilst hunting around on the web, I stumbled across this fascinating article by Susan S. Davis.

The article explores the implications of the findings of two studies (by the University of Texas and the State University of New York at Buffalo), which indicate that romanticisation is key to the long term success of a relationship. Successful couples are more likely to ignore each other's flaws and amplify their virtues, and their attitude actually seems to help shape the relationship to become the very relationship they had wished for.

However, the more interesting (to my mind) point that the article makes is this:

According to many psychologists, a high level of self-esteem garners a greater tolerance of vulnerability, i.e., the ability to stay open to the feelings of a partner, rather than shut down and withdraw emotionally, even during times of difficulty. While disclosing very private areas can expose one to exploitation, hurt, or rejection, it can also serve to enhance and enrich relationships

I was struck by the relevance of these human truths to characterisation and plot development in romance novels. In the romance genre, both types of couple exist. There are those that view their other half as perfection, which creates the opportunity for their beloved to live up to the ideal. In the books of Georgette Heyer, examples of this include Avon and Leonie (These Old Shades), Kitten and Sherry (Friday's Child) and Babs and Charles (An Infamous Army).

But the real tension exists where one character has to make themselves vulnerable, to risk themselves in order to attain the holy grail (true love). A great recent example of this can be found in Jo Beverley's Devilish where the omniscient Rothgar has to make himself vulnerable and to permit risk in his life in order to be united with Diana.

Sometimes, these attitudes to love coincide: in An Infamous Army, Charles idealises Babs and she must overcome her fear of commitment and of being trapped. Despite the backdrop of the Battle of Waterloo, it is Babs' inner turmoil which creates the true drama in the novel. Charles' family background as a cherished son and brother means that love holds no fear for him. He is happy to risk himself and his heart. For Babs, sold into marriage and related to fiery tempered, cruel and avaricious Alastairs (of which she is one) love has quite a different complexion: it is a source of terror. Despite her willingness to brave war for her beloved, it is her eventual commitment to love which truly demonstrates her courage and attachment.

The universality of these themes is surely one of the reasons the romance genre endures. There is something in there that we can all recognise and empathise with - and if there isn't, there should be!
Posted by Meg McNulty